Home / Architecture / THE MAKING OF THE INDIAN LANDSCAPE (Set of 2 vols.) 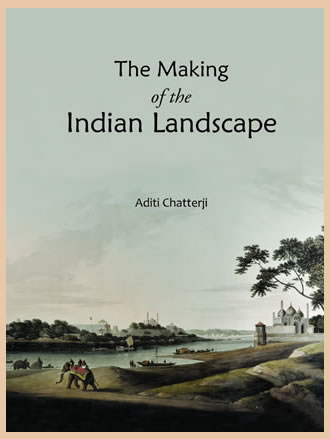 The book is the outcome of over twenty years of research at Oxford and Kolkata, and encompasses a historical, social and cultural study of the development of the urban landscape of India from the era of the Indus Civilisation to contemporary postcolonial times. It tends to focus particularly on colonial and postcolonial urban development in India and consists of eighteen chapters, including an analysis of urbanisation down the ages, the multifaceted concepts of urban space in Indian cities, whether sacred, public, commercial or practical and the socio-economic and socio-cultural dimensions of postmodernism, globalisation, expanding urbanisation, town planning, conservation, heritage, race, class, ethnicity, poverty, gender, public health, the natural and built environment and other related aspects of urban India and also studies the evolution of the natural and rural landscape of the country.


Aditi Chatterji was born in Kolkata, India and educated at Loreto House School, Loreto College, St. Hilda?s College, University of Oxford and the University of Calcutta, Kolkata. She has an M.Litt. in Geography from Oxford and a Ph.D. in Geography from the University of Calcutta and is a Fellow of the Royal Geographical Society (with the Institute of British Geographers), London. She was awarded the Henrietta Hutton Award of the Royal Geographical Society in 1987. She has to her credit several research papers and articles. Her publications include The Changing Landscapes of the Indian Hill Stations?Power, Culture and Tradition (Prabasi, Calcutta, 1997), based on her Oxford research; Contested Landscapes?The Story of Darjeeling (INTACH, Kolkata, 2007); and Ethnicity, Migration and the Urban Landscape of Kolkata (K.P. Bagchi, 2009 with ICSSR support). From 2004 to 2006, she was appointed a Senior Fellow of the Indian Council of Social Science Research (ICSSR), New Delhi and worked on ?Ethnicity, Migration and the Urban Landscape of Kolkata?; she was a Senior Academic Fellow of the Indian Council of Historical Research (ICHR), New Delhi from 2010 to 2012 and worked on ?Colonial and Postcolonial Urban Development in West Bengal? and was appointed a Senior Fellow of the ICSSR for a second time in 2013 to carry out further research on ?Landscape and the Bengali Diaspora?. Her research papers have been presented at numerous national and international conferences and seminars, including those of the Royal Geographical Society (1997, 2007), and the Association of American Geographers (2009), as well as the National University of Singapore (1995). She went back to Oxford as a Visiting Fellow at St. Cross College in 2011, with the support of the Indian Council for Cultural Relations (ICCR). She has been based at the Centre for Urban Economic Studies, Department of Economics, University of Calcutta since 1997, where she is still an Honorary Associate.

write a review (THE MAKING OF THE INDIAN...) Please Login!