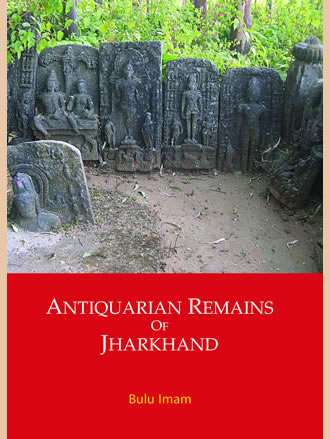 Jharkhand is an east Indian state rich in natural, tribal, archaeological and cultural heritage. This work is a first attempt to cover the broad canvas of the region?s rich heritage. The book describes the findings of the author over the last three decades of its largely unknown Lower to Upper Paleolithic archaeological heritage, Mesolithic rock art and village mural painting tradition as a continuous cultural phenomenon. The volume documents in detail over five hundred archaeological sites, and presents them not only from archaeological but ethnographic, historical and cultural perspective. The main focus of the book is on the Upper Damodar River Valley and Hazaribagh plateau, which is threatened by the unprecedented impacts of opencast coal mining and industrial development. The stark dichotomy between heritage and development is spread before us everywhere in the volume. The author?s researches on the prehistoric rock art of north Jharkhand in the context of an older Paleolithic tradition evidenced in the stone tool strata, as well as the continuity of the prehistoric art in the contemporary living tradition of village mural painting, has opened the way for a dialogue between the meanings of the lost visual tradition (Adi Drishya) and the living artistic traditions of the tribal communities which may explain them. It is hoped that this comprehensive volume will go a long way in highlighting Jharkhand?s extraordinary rich ethnographic, archaeological, cultural, artistic and environmental heritage and the urgent need for its protection and preservation.


Bulu Imam, Convener, Hazaribagh Chapter, INTACH since 1987, has been campaigning to save the Upper Damodar Valley (North Karanpura) from opencast coal mining. In 1991, he brought to light the first painted rock art shelter of Jharkhand at Isco, and thereafter with INTACH members and his family, brought to light over one dozen unknown painted rock shelters of the Meso-Chalcolithic Period in the North Karanpura region. He started Sanskriti Museum, Hazaribagh in 1992 and established Tribal Women Artists Cooperative in 1993. He has dedicated his life for the upliftment of tribal women and protection of their indigenous rights and environment in the face of massive opencast coal mining and industrialization in the Upper Damodar Valley and Hazaribagh region. The project has empowered tribal women through the Cooperative, which has held over fifty exhibitions and mural painting projects in which several of the artists have participated over the years in UK, Germany, Italy, Switzerland, France, Austria, USA, Canada, and Australia. He has published many books and essays in reputed journals and contributed several papers in national and international seminars. A widely known activist, artist, poet, and researcher, he lives with his family at the Sanskriti Centre and Museum which displays the palaeo-archaeology collections and tribal art and culture in a specially created space in his family estate in Hazaribagh. He has received several awards for his work, including the Gandhi International Peace Award 2011 given to him by the Gandhi Foundation, UK, in the House of Lords, London on 12th June 2012.