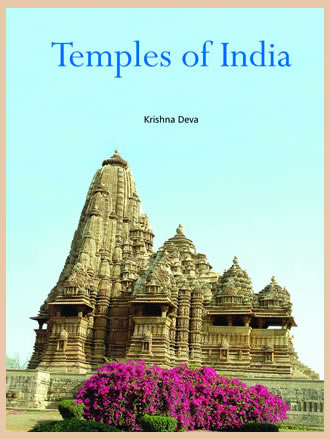 This book narrates the fascinating story of the foundation and development of the architectural styles of North and South India, stretching from Kashmir to Kanyakumari and from coast to coast, highlighting their principal stages and substages. While both the regions share a common origin in thatched huts and modest timber forms, as reflected in early bas-relief depictions and their actual rock-cut representations, further evolution of the structural shrine in each region charters an independent course. The major South Indian styles of peninsular India have a lineal development from the Pallava prototypes. The monolithic Pallava rathas (7th century ad) are concretised as structural vimanas which have their glorious flowering during the Chola supremacy. Thereafter under the succeeding Pandya, Vijayanagara and Nayaka regimes further elaboration is achieved by vertical and horizontal expansion, accompanied by progressive evolution of the pillar order and some other constituents. In the North there is a logical development from a flat-roofed cubical cella preceded by a pillared porch of the early Gupta period (4th-5th century ad). The simple structure gradually undergoes expansion, horizontal as well as vertical, in the following centuries. The horizontal expansion is achieved by the addition of mandapas of sorts while the vertical aspiration is met by experimenting with a variety of roof forms, of which rekha-sikhara was regarded as most appropriate and adopted as a standard format and congnizance of the Northern (Nagara) architecture. It is but natural that the form of the Nagara sikhara, so widespread, would show regional variations, which is well illustrated when the 7th century sikharas of Gujarat, Madhya Pradesh and Orissa are compared inter se. Though conceptually alike, their treatment and further elaboration evince regional accents which become sharper as time advances. Regional variations are reflected not only in the sikhara profile but also in the varying structural proportions, sculptural programme of exterior and interior, and architectural designs of constituents like pillars, doorways, ceilings, etc. The book identifies and studies distinctive features of the principal architectural styles of the North and South against a background of their cultural and political development, the latter not inconsiderably conditioned by dynastic patronage. The book in two volumes of Text and Plates (with nearly 100 drawings and over 300 photographs) embodies the latest researches on temple architecture. It will be useful not only to the scholar and serious student but also to the lay reader.

(Late) Shri Krishna Deva (1914-2001), Retired Director, Archaeological Survey of India, was an eminent scholar of Indian art, architecture and archaeology. He assisted the famous explorer Sir Aurel Stein in his archaeological explorations in Rajasthan, Bahawalpur and Baluchistan in 1940 and 1941 and was a member of Mr. N.G. Majumdar?s team during his momentous but tragic explorations in Sind in 1938. He conducted excavations at Rajghat (Varanasi) in 1940, at Nagar near Jaipur in 1943, at Vaishali in 1950 and at Kumrahar (Pataliputra) in 1951-52. He was also actively associated with Sir Mortimer Wheeler?s excavations in India between 1944 and 1947 and classified and reported on the pottery from Taxila, Arikamedu and Harappa, which set a pattern for subsequent pottery reports in India. After 1955 he had specialized in Indian art, architecture and iconography and, having organised the Temple Survey Project (North Region) of the Archaeological Survey of India, he conducted a systematic architectural survey of the temples of North India in general and Central India in particular from 1956 to 1962. He was also deputed by the Government of India to make an iconographical and sculptural survey of the images in Nepal. On retirement from Archaeological Survey of India he worked successively as Archaeological Adviser to His Majesty?s Government in Nepal and Director, Birla Academy of Art and Culture and for good 12 years as consultant to American Institute of Indian Studies, Varanasi, for their project on Encyclopaedia of Indian Temple Architecture, of which he had been one of the principal contributors. He travelled widely and had participated in many national and international seminars on Indian Art and Archaeology and presided over the Technical Arts Section of the All India Oriental Conference held in Srinagar in 1961. He was editor of the Journal of Indian Society of Oriental Art and authored numerous research papers and books including Temples of North India, Image