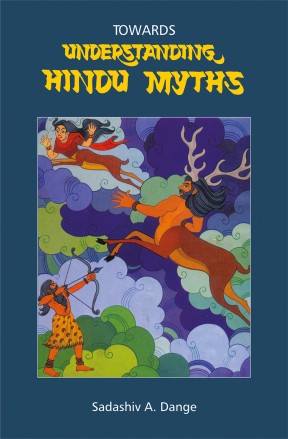 The book takes a survey of important opinions and Schools regarding the meaning of myths, such as the Nature-myth school, the Ritual-myth school which believed that all myths and rituals are intimately connected to each other and that they are counterparts of each other, the Functional school and the Structural approach to the understanding of myths. It also takes note of the Historical and the Typological method. It examines all these methods and evaluates the role of metaphor and symbol in the formation, and hence understanding, of myths. Dwelling on some of the tribal and classical myths studied by such scholars as Kramer, Malinowski, Claude Levi-Strauss, Kirk and others, it tries to throw fresh light on the meaning of these myths by further comparison. Non-Hindu myths are put to comparison with those from the Hindu context. This forms part I of the book. In part II it presents a study of some Hindu myths and legends, explaining the various symbols, motifs and patterns therein and tries to arrive at the meaning of these myths and legends. Thus, the ’bones of the sage Dadhici’ get related to the ribs of the sacrificial horse. The avatara of Nrsimha (Visnu Man-lion) gets related to the actual practice of showing lion-heads on thrones and pillars from ancient Middle east to India, and Burma. The myth of Trisanku’s bodily ascent to heaven has its source in a ritual at the Vajapeya sacrifice. The motif of the ’eighth’, in relation to Krsna, has its source in early Vedic beliefs. Fresh light has been thrown on the myths of Renuka and Yellamma. The myth and ritual of Mahisasura-mardinī gets a fresh scrutiny with new evidence from the Veda and south Indian folk-tales.

Prof. Sadashiv Ambadas Dange is very well known in India and outside India for his writings—particularly those concerning Vedic and Puranic myths, rituals and practices. He was R.G. Bhandarkar-Professor, and Head, Deptt. of Sanskrit at the Bombay University. For his contribution to the study of Sanskrit and Indology he was honoured by the Asiatic Society of Bombay, the States of Maharashtra and Uttar Pradesh and by the President of India with the Certificate of Honour.

Prof. Dange’s numerous publications include Myths from the Mahabharata (in three volumes); Legends in the Mahabharata; Vedic Concept of ‘Field’ and the Divine Fructification, Sexual Symbolism from the Vedic Ritual; Encyclopaedia of Puranic Beliefs and Practices (in five volumes), and others.