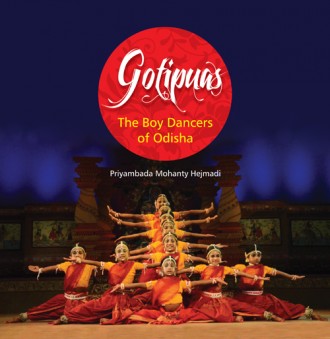 An event immensely significant for the evolution of Odissi dance was the establishment of gotipua system where boys of tender age were trained in the art of dancing and singing and started performing for general public. In course of time, they started participating in many ritualistic festivals connected with Lord Jagannath.

Goti in Oriya means ‘single’ and pua means a ‘boy’. This is a tradition exclusively to Odisha where tender-aged good looking boys are dressed as girls who sing and dance. This singing while dancing, known as bachika abhinaya, is an essential feature of the gotipuas. In addition, they also exhibit some extremely difficult bandhas (acrobatics).

Gotipua dance appears to have originated during the reign of Prataparudra Deva in the 15th century. It is believed to be introduced by his minister Ramananda Ray, who was a devout Vaishnavite. The Vaishnavites, who did not approve dancing by women, practised sakhibhava or offering one’s own self to Krishna as a female attendant; promoted dance of the boys as girls. One of the important contribution of the gotipua system was the spread of the devotional songs based on Radha-Krishna throughout Odisha.

The revival of Odissi dance owes a lot to this tradition. As a matter of fact, the contents and the repertoire were totally from this system.

After a lean period, the gotipuas have come back in a big way. With the growing popularity, many troupes have come up around their previous hubs mainly in Puri district. With their spectacular bandhas, they have carved out a niche for themselves in the field of dance in India. They are in great demand and are a huge attraction in most of the festivals. The revival and development of the gotipua system has now added a fresh dimension to the overall scenario in the field of traditional dance.


Priyambada Mohanty Hejmadi is the pioneer Odissi dancer, whose performance in the First Inter-University Youth Festival at Talkatora Gardens, New Delhi in 1954, led to the discovery of Odissi dance and drew national attention to this art form. She is the first person to give a full evening Odissi dance performance at Sapru House, New Delhi in 1961 to establish Odissi as a self-sufficient and classical dance form.

Trained by all the leading gurus, namely Late Singhari Shyama Sunder Kar, Late Pankaj Charan Das, Late Kelucharan Mahapatra, and Late Debaprasad Das, she has played a significant role in the revival and popularization of Odissi both in India and abroad.

For her contributions in the field, she has received two highest awards from the State, namely Kabisamrat Upendra Bhanja Samman, Orissa Sangeet Natak Akademi and Governor’s Plaque for lifetime achievement in the field of Odissi Dance. Recipient of the titles Nrutya Vidushi, Nrutya Saraswati and Nrutya Bharati, she continues to be a leading figure in the present cultural scene. As an authority on Odissi dance, she has contributed many articles and has given many lecture demonstrations in India and abroad. Her books on Odissi Dance are used by dancers and scholars alike.

A zoologist by profession, an exceptional achiever, the first lady Vice-Chancellor of Orissa; she has received prestigious National Awards in both Science (Padma Shri) and Culture (Central Sangeet Natak Akademi Award). She writes on a broad range of subjects