Home / History / / A TIBETAN ON TIBET 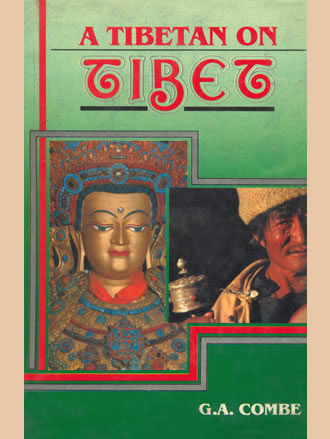 The present volume contains a copious account of Tibet presenting a glimpse of its people, their religion; manner and customs; traditions and beliefs. The book stands out from the rest as it is one of the very few books reflecting the viewpoint of a Tibetan on his motherland. Described in a way that makes the best possible substitute for actual travel, the study abounds in cultural, archaeological, social and anthropological data of this mystic land. A Tibetan on Tibet should appeal not only to the theologian and the sociologist, but to ?the man in the street,? who will find a remarkable human document in the book. For the first time one gets an inside account of the manner and customs of the Tibetans and the named tribes, and in the concluding chapter one is initiated into the meaning and significance of the famous Devil Dance. The book thus reproduces, the Tibetan atmosphere with simple fidelity and charm.

write a review (A TIBETAN ON TIBET) Please Login!