Home / Reference/Multi-volume Sets / THE MYTHOLOGIES OF THE EAST (Set of 2 Vols.) 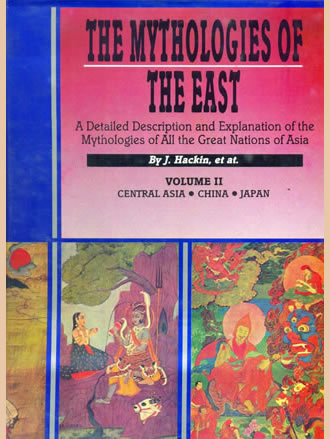 The Study of mythology is the first stage and an indispensable rudiment to the study of the land and its culture. To penetrate to the heart of civilization one ought to begin with a knowledge of its gods. The present volume makes an attempt to decipher the mythology of Asia, an important pre-requisite to the understanding of art, thought and literature of this land of great religious provinces, each with its own cosmology, philosophy and mythology. The book is an exceptionally clear and accessible presentation of Oriental mythologies including Brahmanism, Buddhism, Lamaism, Islam etc. It describes the origin and significance of mythological beings and legendary figures and events from and extensive range of cultures and ages of Asia. The book shows how the mythologies have evolved our the centuries, incorporating the profiles of gods and goddesses, legends, miracles, foreign influences and local variations. It thus makes the ancient wisdom and profound spiritual traditions of Asia available to the reader. Divided into two volumes, the book is lavishly illustrated (with over 350 half-tone illustration and 15 col. Plates). The first volume is devoted to Indian subcontinent, Middle East, Indo-China, Java, Nepal and Tibet. The Second volume discusses the mythologies of Japan, China and Central Asia. The book will contribute significantly to the increased understanding of Asiatic religions and their contribution to the culture and civilization of mankind. Deeply researched and clearly written this pioneering work will be of interest to both scholars and general readers.

write a review (THE MYTHOLOGIES OF THE...) Please Login!