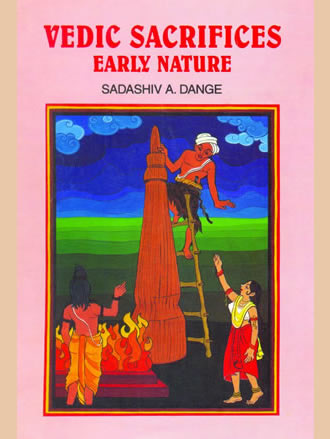 The book is meant to mark the state of ritual as found in the Samhita and Brahmana texts. This is much before the Srautasutras, which in later times codified every matter of the then developed elaborate ritual. The glimpses from the Rgveda do not correspond to the details of the ritual found in these later texts. With the Brahmanas, the so called Srauta type of Vedic ritual was almost fixed, through the Srautasutras at some places show changes ? omissions or additions. Even at the Samhits-Brahmana period, the institution of Vedic sacrifices evolved to such a level as to make a labyrinth of rules, options and explanatory myths. Without the knowledge of ritual of this stage, the picture of the ritual got from the Srautasutras would remain incomplete. The present book is meant for both scholars and those elite readers, who are interested in knowing the main sacrifices without getting lost in the net of rites.


Preface Sanskrit Texts with Abbreviations Adhana (Introduction) 1. The Vedic Altar ? Types and Evolution 2. Agni-adhana (Establishment of the Fires) 3. Agnihotra (The Daily Offering to the Fire) 4. Darsapurnamasa isti (The Half-monthly Sacrifices) 5. The Caturmasya Rites 6. Agnistoma - Diksa 7. Agnistoma (Agnisomiya Beast and the Ritual-waters) 8. The Prayaniya and the Udayaniya isti-s 9. Agnistoma ? The Purchase of Soma 10. The Havirdhana and Other Sheds 11. The Pressing of Soma ? And the ?Graha? ?s 12. Yupa 13. Vajapeya 14. Rajasuya 15. Asvamedha (Horse-sacrifice) 16. Agnicayana (Piling of the Fire) Appendix ? A: Vedic Gods ? Classification and Evolution Appendix - B: Vedic Influence on Puranic Rituls Appendix ? C: Audumbari ? In Puranic Myths Illustrations Bibliography Index


Prof. Sadashiv Ambadas Dange is very well known in India and outside India for his contribution to the study of Sanskrit and Indology and is considered to be an authority on Veda ? myths, rituals and practices. His numerous books include ? Pastoral Symbolism from the Rgveda (University of Poona, 1970), Vedic Concept of ?Field? and the Divine Fructification, (University of Bombay, 1971), Sexual Symbolism from the Vedic Ritual (Ajanta Publications, Delhi, 1979), Divine Hymns and Ancient Thought, 2 vols., (Navrang, New Delhi, 1992, 1995), Encyclopedia of Puranic Beliefs and Practices, Vols. I-V, (Navrang, New Delhi, 1886-90) and the latest Towards Understanding Hindu Myths (Aryan Books International, New Delhi, !996). Prof. Dange was R.G. Bhandarkar Professor and Head, Dept. of Sanskrit, University of Bombay (Mumbai) and twice President of the Vedic Section at the All India Oriental Conference (1980 & 1985). He was Consultant Editor for the Encyclopedia on Human Ideas on Ultimate Reality and Meaning, and Editor for the Indian Section of its Journal, Ultimate Reality and Meaning, Regis College, Toronto (Canada) for more than a decade. The honours conferred on him include ? Silver Medal from the Asiatic Society of Bombay (1983), ?Special Honour? by the Uttar Pradesh Sanskrit Academy (1989) Felicitation by the State Govt. of Maharashtra (1990) and the Certificate of Honour from the President of India, to mention a few.