Home / Delhi: The Heritage City / DELHI : Past and Present 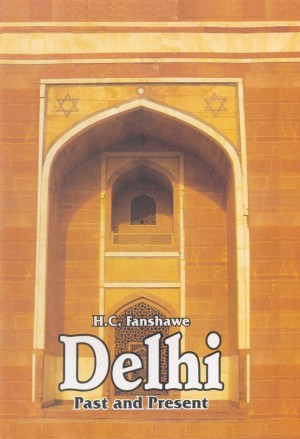 The present volume contains an excellent account of the history and architecture of Delhi. It will afford to readers and visitors not only a clear guide to all that is seen in Delhi but also and intelligent record of history of the place in all its various phases. The text supplemented by excellent and rare photographs and maps provide a visual expression to be cultural spectrum of Delhi and pleads for its long term conservation. The book which has long been out-of-print is being reissued for the use of historians, conservators, tourists, archaeologists and also for the lay-readers. Written with and unmatched erudition and in lucid style, this is a work of outstanding value not withstanding the change in perception due to new material and research.


Chapter I : General Introduction, with a Brief Account of Delhi in 1902. Chapter II : The City of Modern Delhi or Shahjahanabad Part I. The City inside the walls, and, in particular, the Moghal Fort and Palace, and the Jama Masjid. Part II. The Surroundings of the City, chiefly on the North and West Sides, the minor buildings within the walls, and Field of Battle of Delhi11th September 1803. Chapter III : Delhi in 1857 Part I. The Scene of the Siege and Assault described with special reference to present conditions. Part II. Outbreak of Mutiny, on 11th May. Part III. Narrative of the Siege and Assault of Delhi, by Lieutenant H.W. Norman, now Field-Marshal Sir H.W. Norman, G.C.B., G.C.M.G., with Notes and Additional Papers. Chapter IV : The South Side of Modern Delhi as far as the Mausoleum of the Emperor Humayun, The Dargah of Shekh Nizam-ud-din Aulia, and the Tomb of Nawab Safdar Jang. Chapter V : Ancient Delhi of the Early Hindu and Muhammedan Periods, including Kila Rai Pithora, the Kutub Minar Mosque and Dargah, and Tughlakabad. Chapter VI : Brief History of the Kings of Delhi, with particular reference to their connection with that Place, to which is adden an historical table of the Moghal Rule. Chapter VII : List of the objects of Archaeological interest in and around Delhi, with a brief note on the General Characteristics of their Architecture., Addendumm

write a review (DELHI : Past and Present...) Please Login!