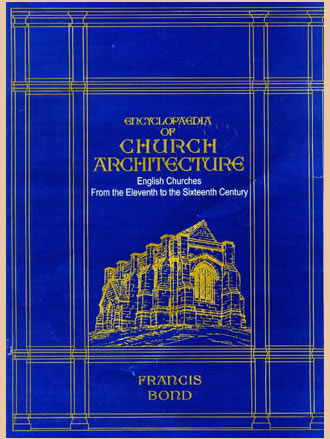 Baroque India is the fruit of over 40 years of research, and is the work of one professionally trained in the history of Indian art (Hindu, Buddhist and Jain). In addition, he is the author of a survey of Islamic architecture world-wide, which includes, of course, the Indo-Islamic traditions. It is his belief that Indian Baroque - or, more correctly, Indian Neo?Roman - cannot be properly appreciated without an understanding of the architectural styles that preceded it on the subcontinent, and which exercised a significant impact on it. To produce the book the author not only visited the various sites which contain the monuments of Indian Neo-Roman, but has travelled as an architectural pilgrim over much of the Neo-Roman world, in Europe and the Americas. He has also familiarized himself with the art-historical theories on the various styles of architecture, in particular, the Neo-Roman. He has thus prepared himself to contemplate Baroque India's contribution against the Neo-Roman background. In consequence, the method adopted in this book has been that of summarily describing the distinctive spatial modalities of the various Neo-Roman styles, as reflected in their major monuments, especially the styles which impacted on India: a method that facilitates the discernment of the specific Indian contribution to Neo-Roman taken as a whole. In so doing, the author has tried to outline a consistent aesthetic theory of Neo-Roman, to portray its five major modes - Renaissance, Mannerism, Baroque, Rococo and Neoclassicism - as expressions of the Neo-Roman essence, immanently developing, in the indicated sequence, one from the other, and pullulating a rich variety of spatial themes that both display a marked originality and manifest a capacity for assimilating the spatial nuances of the other architectural styles. This theory, he believes, has enabled him to distinguish the originality of Indian Neo?-Roman, and describe what it has absorbed from the subcontinent's Indian and Indo?Islamic styles, while integrating the absorbed material into its Neo-Roman substance.


Jose Pereira is Professor of Theology at Fordham University in New York, where he teaches History of Religions. He holds a doctorate from the University of Bombay in Ancient Indian History and Culture. He has been Visiting Professor at the Instituto Superior de Estudos Ultramarinos in Lisbon (1959-1960), Research Fellow in the History of Indian Art at the School of Oriental and African Studies in London (1962-1966), and Research Associate in the History of Indian Art at The American Academy of Benares at Varanasi (1967-?1969). In the latter institution he chose as his project the architecture of Baroque India, and the present work is based on the research organized for that project. The photographs then taken on field trips to the various regions of Baroque India, including those reproduced in the present work, are preserved in the archives of the American Institute of Indian Studies at Varanasi. Professor Pereira is the author of numerous articles and books - on theology, and on architectural, cultural, philological and literary history. Among his books are the following: Hindu Theology (Garden City, New York: Doubleday, 1976), Monolithic ]inas (Delhi: Motilal Banarsidass, 1979), Elements of Indian Architecture (Delhi: Motilal Banarsidass, 1987), Islamic Sacred Architecture. A Stylistic History (New Delhi: Books & Books, 1994), and Baroque Goa. The Architecture of Portuguese India (New Delhi: Books & Books, 1995)