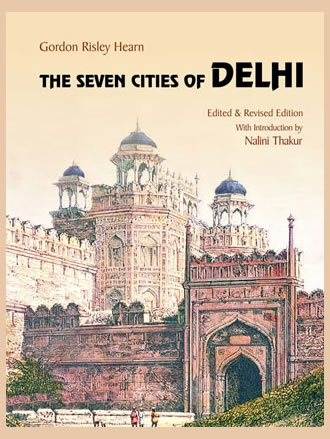 The present volume contains an excellent account of the history and architecture of Delhi. It will afford readers and visitors not only a clear guide to all that is seen in Delhi but also an intelligent record of the history of the place in all its various phases. Sir Hearn coined the phrase ?Seven Cities of Delhi?, popularising the famous drawing of the seven cities that accompanied the original text. Both the drawing and the notion of the seven cities of Delhi have survived to this day. The title ?Seven Cities of Delhi? continues to catch the imagination of Delhiites, with its similarity to Rome, the eternal city with its seven hills. The work, which has long been out-of-print is being re-issued for the use of historians, conservators, tourists, archaeologists and also lay-readers. A fresh introduction and a number of rare maps, aquatints and photographs have been added which further enhance the value of the volume. The work is therefore of outstanding value not withstanding the change in perception due to new material and research. It is hoped that Gordon Hearn?s reprint of The Seven Cities of Delhi will inspire a new generation of Delhiites to explore and enjoy the historicity of their city. The book should bring the reader close to the real city of Delhi ? one of the most complex and historic capital cities of the world.


Foreword, Preface, List of Illustrations, 1. Modern Delhi and the Ridge 2. The Plains to the South of Delhi 3. TheThe he Seven Cities of Delhi 4. Old Delhi 5. Siri, Tughlaqabad and Jahanpanah 6. Firozabad and the Delhi of Sher Shah 7. Shahjahanabad 8. Delhi Before the Mughal Conquest 9. Delhi in Mughal Times 10. Delhi Under ?John Company? 11. The Mutiny of 1857 and the Siege 12. Delhi Since 1857, List of Works Consulted, Index

write a review (THE SEVEN CITIES OF DELHI...) Please Login!