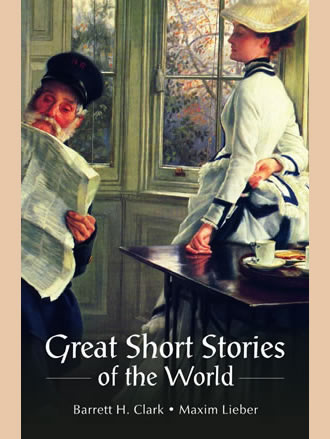 The present collection marks an attempt to bring together outstanding examples of the Short Story as it has been practised by writers of almost every race, from the earliest days of civilization down to the present century. Its purpose is not to show, by a series of texts chosen on academic grounds, how the form developed, but to bring together the best examples of every form by which men have endeavoured to entertain and instruct their fellows. No art is more spontaneous than that of the short story, also it is certain that stories of some sort were told as soon as man became articulate. The period covered in the present collection embraces nearly five thousand years, but there can be no reasonable doubt that the Egyptian tales that open the volume, the first of their kind known to us, are the finished products of an art that was practised thousands of years before these were written. And since the beginning of civilization as we know it, there has been no break in the tradition of tale-telling: the demand for stories is as strong and insatiable in man today as it was before he discovered how to make stone weapons. The editors of this collection have approached their task of selection with open minds: they have not allowed themselves to be influenced by any theory of what a short story should be, except that which requires that it be interesting of its kind. So, without confining themselves to any theory of classification, the editors have chosen a wide variety of stories designed to appeal to the general reader and perhaps to the student as well, in the belief that what has delighted the Indians and Chinese from time immemorial, the ancient Egyptians, the Jewish shepherds and warriors of Biblical times, the Greeks of Homer?s days and the Romans of C?sar?s, will appeal with equal force to the inhabitants of the civilized world of today. These stories were written not for critics and historians, editors of anthologies and specialists, but for all mankind. They have tried to bear in mind that the Short Story is a ?tale which holdeth children from play and old men from the chimney corner.?