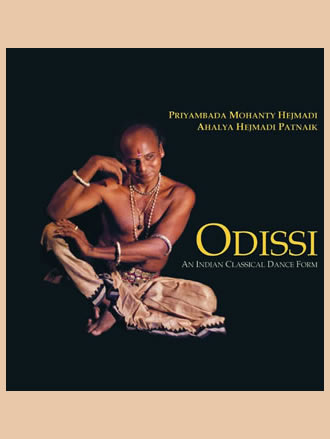 The book is the first one dealing with the historical background, evolution and emergence of Odissi as a classical dance form in India. It traces the development of Odissi from a local ritual of temple dancers (Maharis) in the Jagannath temple and the performance of Gotipuas outside the temple in the 1940?s, to the modern day sophisticated internationally acclaimed Odissi dance. The pioneer Odissi dancer Priyambada Mohanty Hejmadi has been directly associated with the revival and evolution of Odissi. In this book with the help of her daughter Ahalya, she narrates the meticulous process by which Odissi was reconstructed and established as a self-sufficient dance form in spite of the opposition to its recognition as a classical dance at the national level. The book is a well-researched docu-mentation of the historical background of Odissi and its association with the temple sculptures dating back to 2nd century BC. The establishment of the rich Mahari and Gotipua traditions which has a direct bearing on the development of the dance form, has been dealt with some rare historical documents from the Jagannath temple and other archives. The role of eminent gurus, namely, Singhari Shyamasunder Kar, Durlav Chandra Singh, the trinity of modern-day Odissi ? Pankaj Charan Das, Kelucharan Mahapatra and Debaprasad Das; in the establishment and standardisation of the dance form is described. The authors have also given a rare insight into the musical and literary tradition starting from Shri Jayadeva in 12th century to the poets of the medieval period, namely, Kabisurya Beladev Ratha, Banamali and Gopalkrushna who contributed to the enrichment of interpretive abhinaya of the dance form. The book has rare photographs depicting the evolution of Odissi costume, jewellery and other accessories through different periods. In addition, the book has some rare documents pertinent to the emergence of Odissi in the national scenario.

Priyambada Mohanty Hejmadi is the pioneer Odissi dancer whose performance in the First Inter-University Youth Festival in 1954, New Delhi, led to the discovery of Odissi dance and drew national attention to this art form. She gave the first full evening Odissi performance in New Delhi in 1961 to establish Odissi as a self-sufficient classical dance form. Trained by all the leading gurus, she has received several national recognition including the Central Sangeet Natak Akademi Award as one of the finest exponents of Odissi. Recipient of titles Nrutya Saraswati and Nrutya Bharati, she has played a significant role in the revival and popularisation of Odissi both in India and abroad. Her primer on Odissi Dance (Netic, New Delhi) is widely used by dancers and scholars alike. A zoologist by profession she has received Padmashri from the President of India for her contribution in Science and Technology. She is the former Vice-Chancellor of Sambalpur University. Ahalya Hejmadi Patnaik, daughter of Priyambada, is the youngest disciple of the doyen of Odissi, Guru Pankaj Charan Das. She is the first Odissi dancer to have been awarded the title Padma Keshari in 1984 by Chinta-O-Chetana, Bhubaneswar for adding a new dimension in Odissi repertoire and for reviving the Thali Dance in Odissi after 25 years. A psychologist by profession, she is a specialist on cross-cultural emotions and has given lecture demonstrations on the subject in many Universities in USA, Europe and Asia. At present she is teaching in the Universities of Maryland and Pennsylvania, USA.