Home / Anthropology / THE WANDERING SUFIS: Qalandars and their Path 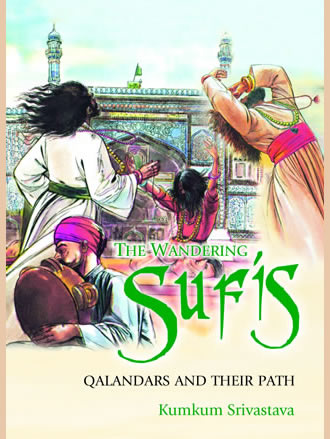 This work is a comparative study of two Sufi shrines, one located in Delhi, and the other, at Panipat (Haryana), which are affiliated to an antinomian order known as the Qalandar. Antinomian groups do not follow the Islamic tenets as enshrined in the Shariat, and that is why they are called Beshara (?without the law?). Sufi orders following the Shariat are known as Bashara (?with law?). Although the Beshara are divided into a large number of groups, most of which have disappeared with the passage of time, the group that has caught social imagery in India (and also, South Asia) is of the Qalandars. This study, conducted from the perspective of historical anthropology, combining the first-hand fieldwork with a study of historical documents, shows that the Qalandar saints deviated considerably from the cultural practices for which they were infamous. Being Qalandar, therefore, was more a matter of ?mind? and ?thought? than of ?living? in that way. The shrines chosen for study are of Abu Bakr (in Delhi) and Bu Ali (in Panipat). The study compares their respective histories and social organizations, submitting that when Sufi shrines are Waqf managed, then they are far more Islamized than otherwise. Further, this study shows that the theoretical distinction made between Bashara and Beshara is blurred in reality. Unless one is told that Abu Bakr and Bu Ali were Qalandar saints, one would not come to know about their affiliation from an empirical study of their shrines. Social life in these shrines is similar to that of the Chishti (and other Bashara) shrines. Historically, it appears that the rebelliousness of Qalandars decreased when they settled down, and, in some cases, had their Khanqahs. They also established the relations of cordiality and symbiosis with Chishti saints. In other words, this work is a contribution to the understanding of Sufism as it is practised in India.


Kumkum Srivastava holds an M.Phil. and a doctorate in anthropology from the University of Delhi. Before that she did an M.A. in medieval Indian history. She has worked extensively on medieval Delhi, Mughal art and architecture, folksongs of Punjab, Islam, Sufism and Urdu poetry. Her research papers have been published in both national and international journals. She started her teaching career in July 1973. Presently, she is with the department of history at Janki Devi Memorial College, University of Delhi.