Home / Art / / THE ART OF CENTRAL ASIA AND THE INDIAN SUBCONTINENT: In Cross-Cultural Perspective 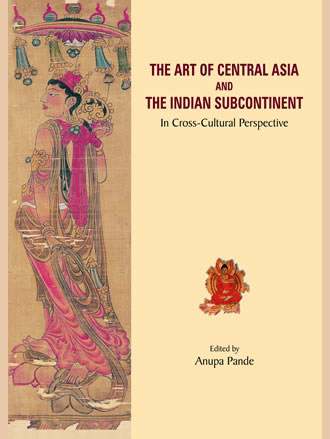 The volume is the outcome of an effort to bring into print the proceedings of an International Seminar on The Art of Central Asia and the Indian Sub-Continent in Cross-Cultural Perspective (1st century ce-14th century ce) organized by the Department of History of Art, National Museum Institute, in March 2007. The work contains scholarly and thought-provoking papers by distinguished art-historians, historians and other leading intellectuals of the world. These scholars come from reputed universities and institutions of Asia, Europe and America. What makes the volume distinctive is not only the variety of themes that it embraces but the intimate glimpses which it provides into some of the lesser-known but otherwise important aspects of Central Asian art. The essays, twenty-eight in number, encompass diverse aspects of the art of Central Asia, and thus cover a large geographical expanse. While some of them offer a scholarly discussion of the sources of Buddhist art in Central Asia and the scribes and artists who flourished in the region, some others provide an in-depth analysis of the Buddhist art as it thrived in such important regions as Gandhara, Kucha, Kizil and Dunhuang. Again, there are papers which provide an interesting insight into the cross-cultural facets of Central Asia, connections between Buddhism and West Asia, and the monasteries and shrines that existed in the region. The study of Buddhist and Hindu iconography is the theme of some other stimulating papers. The strikingly illustrated book is a significant contribution to the field of Central Asian studies and is valuable for students and scholars alike.


Prof. (Dr.) Anupa Pande is a gold medalist in M.A. from Advanced Centre of Ancient History, Culture and Archaeology, University of Allahabad, India, from where she also obtained her D.Phil. She is a good Sanskritist and has a fair knowledge of Pali, Prakrit, Chinese, German and Persian languages. She has also got the degrees of Sangita Prabhakar (B. Music) and Diploma in Chinese language. She has published over three dozen research papers in reputed national and international journals and also four research works, A Historical and Cultural study of the Natyasastra of Bharata (Jodhpur, 1991), The Na?yasastra Tradition and Ancient Indian Society (Jodhpur, 1993), Abhinavabharati (Allahabad, 1997), The Buddhist Cave Paintings of Bagh (Delhi, 2002). She has coordinated international and national seminars. In 2003, she coordinated an International Seminar focussing on South-East Asian Art and later also edited its proceedings, Cultural Interface of India with Asia: Religion, Art and Architecture (Delhi, 2004). She has coordinated national and international exhibitions also. She has delivered lectures in various universities and museums in India and abroad. She has been engaged in teaching for the past twenty-six years in the University of Allahabad and the National Museum Institute, New Delhi. She is currently Professor and Head of the Department of History of Art, National Museum Institute, New Delhi. Dr. Mandira Sharma holds a doctorate degree in History of Art from the National Museum Institute, New Delhi. Presently, she is Project Coordinator at Delhi Art Gallery, New Delhi.

write a review (THE ART OF CENTRAL ASIA...) Please Login!