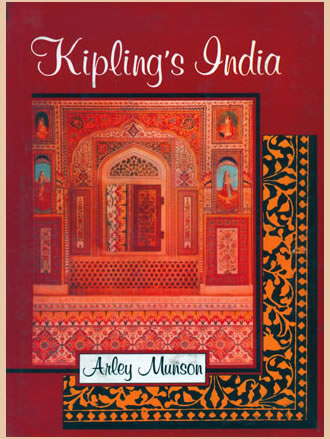 Rudyard Kipling has been one of the most highly acclaimed writer poets of the world. His works are widely read, not only in India but all across the globe. India-its people and culture, its geography and landscapes-has been a central aspect of his creative and aesthetic. The object of the present volume is to describe those bits of India which have served as a background for Kipling?s songs and stories. From Bombay, the birth place of Kipling and the threshold of India from the west, the scribe will attempt to take the reader in imagination first to Simla, far up on the northeastern border among the Himalaya Mountains which separate India from mysterious Tibet; on into the heart of Himalaya; thence southwest to the Great Rajputana Desert; northward again to the Border Country; from the Border down through India to Burma; and along the haunting road to Mandalay. Illustrated with some rare photographs, the present work can be described as ?a knowledgeably illustrated, fluently related and frequently illuminating volume whose visual impact is almost as striking as its next.?


Introduction, 1. The Threshold of India 2. Anglo-India 3. The Himalayas 4. The Great Desert 5. The Border Country 6. The Oldest Land 7. On the Road to Mandalay, Index