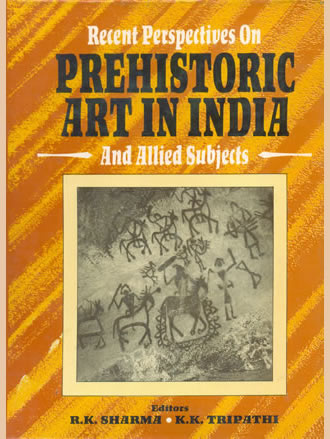 The present volume constitutes the literary tributes from the friends and admirers of Dr. Shyam Kumar Pandey, whose contribution in the field of Indian rock-art studies ranging for over three decades are too well-known. His wide vision and depth in the subject born out of his extensive explorations conducted throughout India as well as rock art sites in Europe and Australia has led him to postulate certain hypotheses which have contributed a lot in solving knotty problems of the chronology, date and other aspects of the Prehistoric art in India. Research papers contributed by galaxy of specialists working in various fields of Indian rock-paintings comprise Section 1 of this volume entitled: ?Prehistoric Art?. The themes covered are: dating, chronology, conservation and preservation, documentation in addition to regional studies and new discoveries. Research papers on Prehistory, Protohistory, Art and Architecture, Numismatics and Epigraphy, to which also Dr. Shyam Kumar Pandey has contributed a lot, constitute section II of this volume entitled: ?Allied Subjects?. New dimensions have been added to the study of Prehistoric art in India and other fields of Indology by the penetrating studies presented in research material incorporated in the present volume.